It may just be the “Terrible Twos”, or perhaps we’re in the middle of some force-disturbing celestial alignment; I suppose it’s even possible that too much artificial cheese flavoring can actually rot a tiny brain, but whatever the cause, it seems that the parenting challenges at home have been increasing in both frequency and severity lately, and it has to stop. I’m sure they’re the same struggles that all parents go through; constant crying, public meltdowns, and refusal to follow instructions – but that’s just my wife – the children are REALLY awful! In my carefree younger days – by which I mean everything up to 2013BC (Before Children) – I would frequently go out of my way to avoid these struggles by maintaining a safe distance from anyone under 5ft tall, and avoiding eye contact with children altogether, lest one of them become attached to me. These staunch personal rules helped me lead a life completely free of spit-up and dookies; a happy – if somewhat empty – life that has completely changed with the addition of the miniature s 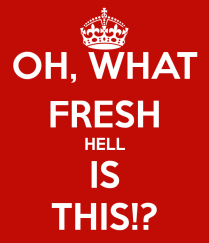 cream factories currently inhabiting my home. Don’t get me wrong, I love my children, but while most people seem to soften once they reproduce, adopting a “Live and Let Live” mentality from being emotionally tenderized by the constant and relentless POUNDING of the tiny – though powerful – wills of the children disrupting their lives, I still really haven’t – at least to any appreciable level. For instance, my two-year-old was in tears tonight because his mother’s jacket was hung on the back of his chair at the dinner table – this was after more pathetic weeping over not being allowed to eat chicken nuggets directly from the freezer, or put them in a hot oven by himself – and while a better parent probably would have rolled their eyes and just moved on, I had to desperately fight the urge to give him a wedgie and lock him in the garage. I refrained, though it was mostly because I didn’t think a wedgie would be effective on a child wearing a diaper. But even as irritating as this new nightly routine is, the thing that really kills me is how broke I am now that have a second child. I’ve cut every corner I can think of to make ends meet, and it’s been okay – I don’t miss cable that much, and I can deal with eating out less – but I was forced to reevaluate my life decisions recently while digging a pair of sunglasses (that I had gotten for free) out

of an airport toilet. That kind of ingratitude cannot continue, and since the lottery thing doesn’t seem to be panning out, I decided to look into supplemental employment. After evaluating my skill set, which includes such useful proficiencies as demolition, sarcastic wit, attempting sometimes complex feats with complete disregard for instructions, general class-clownery, a compulsion to try anything that involves fire, and finally, eating, I settled on a secondary career of being a national brand spokesman, and presented my case to the good people at Hot Pockets. As I mentioned in #fitnessisstupid, I have enjoyed a staggering number of their microwavable masterpieces over the years, and perhaps more impressively, don’t weigh 400lbs or have heart problems. These seemed like pretty solid qualifications to me, so I approached their PR department via the only avenue I could find, the comment section of their webpage. Much like applying for jobs online, I outlined my qualifications in the following email, (even going so far as to include a picture, which alone should’ve gotten me the job!) and fired my resume off into the aether, desperately hoping – though never really expecting – to hear back:

I feel like you need a lovable spokesperson to give your brand a face – someone that’s fun, fit, and genuinely enjoys your products – and I think that guy is me!  I’ve put away a STAGGERING amount of hot pockets in my lifetime, and after doing the math I figured I should really contact you and see if you needed a frontman.  Here are the numbers:

Since starting my job in 2003, I’ve eaten a Hot Pocket (usually the Lean variety) nearly every working day – in spite of the amount of flack I take for it.  Using the standard estimating value of 140 man hours/month results in 17.5 working days/mo on average.  Factoring in a reducing multiplier of, say, 85% to account for days that I might have gone out to lunch or been on travel leaves us with just under 15 days/month.  Even if we further reduce that to 14 days for the sake of conservatism, the total over the 13.5 years of employment comes to 2,268 Hot Pockets – that doesn’t even count weekend splurges or any of the hot pockets I ate in college or as a kid!  That strikes me as a pretty impressive number.  Even more impressive is the number I have left to eat until retirement; given an estimated retirement age of 65, I have another 4,872 hot pockets to go!  Typically (and understandably), that kind of diet might not be associated with stellar health, but based on blood work and body fat results from several years of corporate health screenings, it appears I’m going to live forever on these bad boys!

Anyway, just thought I’d throw it out there.  I love these things, I’m always excited for new flavors (the pretzel bread is great), and I think it’s high time for someone besides Jim Gaffigan to control the narrative on your products. I can start immediately. 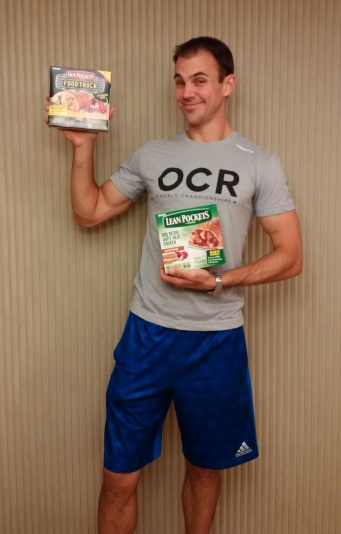 To my delight, I received an email back within 48hrs! Unfortunately, like a poor kid applying to Harvard, I was summarily rejected – even after the strong point regarding Jim Gaffigan – who, by the way, is hilarious:

We’re thrilled to hear how you are such a Hot Pockets® fan! It means the world to us.

Although we’d love to have a super fan like yourself, we must politely decline. You’d imagine we receive similar request from our fans, we wish we could fulfil all these awesome requests, but sadly we can’t.

We would however, like to send you a complimentary coupon to try some new flavors. Please reply back with your mailing address so we could. We’re now available for you, 24/7.

Have a nice day,

The one saving grace of this rejection was the promise of some free food, which I figured was better than nothing. Still I made one final attempt to sway them in my response:

I suppose that’ll do, though I really think you’re missing out on a golden opportunity here – I’ve been training for this role my whole life!  Thanks for the response, and I graciously accept your coupon offer.

Please send the coupon to:

Catch you in the freezer section,

Again, it fell on deaf ears, so I will unfortunately NOT be the face of Hot Pockets for the foreseeable future. I’ll give you a moment to process your grief…but hey, at least they mailed me those free Hot Pocket coupons, right? NEGATORY! As one final slap in the face they sent me THESE:

A paltry FIFTY-FIVE CENTS OFF, AND THEY EXPIRE! That’s like leaving a ten cent tip at a restaurant so the server knows you didn’t forget, and that you’re just being a giant douche-bottle! And to think – I wanted to represent these people! I was ready to quit my job and use my good name and image to hawk these little pouches of saturated fat across the globe! Well forget YOU, Hot Pockets! You could’ve put cardboard cutouts of that spokesmodel pose in grocery stores all across the nation and sold BOATLOADS of microwavable delights! But no matter – I’m moving on! Thanks for the cold introduction to the fast-paced, cutthroat world of brand spokesmanship! It’s a dog-eat-dog world wrought with betrayal and heartache, but I’m not giving up hope! My kids need to eat, and I think I have a pretty solid chance over at Toaster Strudel.