Well, another epic kickball season has come to a close, and while we once again delivered the riveting beer-fueled excitement our fans have come to expect over the years – earning a berth in the consolation playoffs, and immediately advancing to the final round with a victory by forfeit – we also managed to fall just short of winning the coveted toilet bowl trophy.

This was heartbreaking not only for our adoring public, but for me in particular, as this was to be the year that I got to keep and proudly display the bronze commode in my personal trophy case, which is currently empty, save for a single golden cup I recently won for out-hula-hooping a former Illinois State Fair Champion.  Que sera.

Regardless, the conclusion of the season has left me with a distinct emptiness that nags at me relentlessly as I search for new sources of silliness to fill my days. Fortunately, I’ve managed to create a solid network of informants and idea people, who immediately think of and contact me whenever they hear of people doing something stupid, which is great, because it means I no longer have to spend hours on the internet hunting down all these activities myself.

The latest adventure came to me by way of a man named “John” – or possibly “Jack” if you believe his Facebook page – I just call him “PowerMan” because that’s the name on the back of his kickball shirt, and how he was introduced to me.  I think everyone should have a nickname; number one, they’re more fun than real names; and number two, they’re WAY easier for me to remember, especially when they’re either funny or descriptive.  For instance, I need to meet and interact with any given person – assuming said person is not a beautiful woman – about 7 times on average before I remember their name.  My wife, Nina, will constantly say thing like, “I heard from Darren today – he had a great time at our party last night!” , to which I will reply, “Who?” This elicits eye-rolls of frustration from Nina, who makes it a point to remember people’s names sometimes even before she’s met them.  “Darren!”, she’ll say, in an exasperated tone, “You WORK WITH HIM!  We went to Mexico with him and his wife Debbie for two weeks last fall!” That’s usually when the wheels start to turn, like rusty clock gears; “Oh oh oh, yeah – you mean ‘Balding glasses guy’!  Wait – are you sure his wife’s name is Debbie?” So anyway, John-Jack-PowerMan came to me one evening before kickball and asked if I’d be interested in cliff jumping – an activity wherein a person walks up to the edge of a relatively high ledge – in this case above an old quarry – peers over and, instead of backing away like an intelligent being with an interest in self-preservation, leaps carelessly off in hopes that the water below will provide a soft enough landing to leave most of their bones intact.  I have what I would consider to be a pretty healthy fear of heights – specifically falling from them – which is one of the main reasons I hate things like roller coasters (see “Cruel and Unusual Recreation”), however, as part of my ongoing effort to confound the chiropractor by attempting every ridiculous activity I can find, I said “Absolutely!”, and then headed home to be scolded for being an idiot.

I managed to rope my obstacle-racing buddy into coming along, (“Hey, you wanna come jump off a cliff with me?”, “Yes!”) and mentally prepared by rewatching the episode of ‘Full House’ where the whole family is in Hawaii and uncle Jesse leaps off the waterfall

where Elvis sang in ‘Blue Hawaii’ after having a particularly heated discussion with aunt Becky who, in addition to being a total knockout, was surprisingly tolerant of her boyfriend’s pink bunny wallpaper and dorky band.  I feel like she could’ve easily landed some silicon valley tech exec and purchased her own island where she could’ve enjoyed tropical drinks and long walks on the beach without being forced to endure cheesy catchphrases like “Have mercy” and “Cut-it-out”.  But such is life.  I figured if pretty boy – or at least his stunt double – could pull off that dive, then I could certainly survive a couple leaps of my own.

Even so, when the day finally arrived, I headed to the quarry with significant trepidation.  It was the day after my wedding anniversary (at the request of my wife, who wanted to get at least one more good meal out of me before I risked killing myself) and my brain had started coming up with all sorts of reasons why I shouldn’t be doing this.  Thankfully I learned long ago to ignore to my brain, and we soldiered on.  It was too late anyway – people were COUNTING on me – and now the group included a girl, so open weeping was no longer an option either.

The venue itself did nothing to quell my fears.  It was just about the biggest backwoods, hillbilly operation I have ever seen;  gravel drive; cash only at the front shed; 21+ only; trunk checks for glass bottles or fireworks; sun-bleached rental tubes; large speakers blaring classic rock, and not a lifeguard in sight.  The first thing we saw as we looked over the short (~15ft) ledge near the parking lot were giant rocks that looked to be just below the surface.  “Don’t worry!” yelled a toothless yokel on a nearby tube, “Those are the only rocks!”. Somehow not comforted, my brain began to race again.  My buddy’s did too, so we promptly got out the GoPro, tossed our floaty-loungers over the edge, and took our first running leaps.

They weren’t bad, and we floated for awhile watching and encouraging others to jump.  Then we changed camera modes on the GoPro and headed up for what – on paper – was only a slightly higher jump, but what – from an air time perspective – turned out to be roughly three times more terrifying then the first.  Our crack cameraman – who has since been fired – was unable to capture the glorious leap, forcing us to do it a second time.  This was no less stressful than the first time, but we survived and returned to our tubes where we floated nervously, knowing that the maybe 20ft we had just fallen was only half the height of the cliff that we had come to conquer; that thought resulting in more than one warm spot in the otherwise cold water…

Finally the time came.  My teeth were chattering as much out of fear as cold as we climbed the rickety ladder out of the quarry.  The 40ft cliff was located on the opposite side, and required a long walk through trees and thick weeds.  Along the way we saw an old set of stairs leading down to the water, and an abandoned wooden tower that may have been related to the former mining operation – both of which had the words “Keep Out” spray-painted on crumbling concrete pads at their bases – as if to emphasize the peril of this activity and encourage us to turn back before it was too late.  Nature itself tried to stop us in fact, in the form of a particularly aggressive butterfly that attacked and blocked my path, juking hither and yon as I frantically waved my floaty lounger at it, but still we continued nervously along our death march, the silence of our Green Mile broken only by the chattering of my teeth and the buzzing of dozens of (presumably) diseased horse flies, some the size of actual horses.  What a fun way to spend a Sunday afternoon!  Once we got to the peak there was nothing to do but stare over and pray.  We had come this far, and now we had an audience.  Jumping was our only option, and there was no getting around it.  A few deep breaths and some last minute planning and we were ready – I counted to three like you would for a two-year-old who’s about to be in trouble (Twoooo….two-and-a-half….) and we launched off the edge, immediately regretting our decision.  I could hear my buddy screaming as we fell, and then I could hear him take another breath and scream some more, because we CONTINUED to fall for so long.  We had talked about the best way to land, but I have no idea what I did in the air or how I hit the water – or even if I saw it coming – I only know how happy I was to feel something supporting me again.  We eagerly headed for our rafts and watched a few other people make the leap. 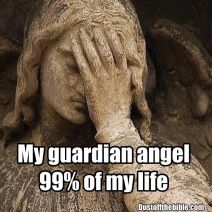 Then, worried that the video of our fall might not be very clear, I handed off the camera and we floated to the shore, climbing past the empty beer cans and old rusted hunks of metal in the ground on our way back to the top of the slope, where the view was no less terrifying than before.  (My guardian angel facepalms a lot, but he’s never bored!).  One last leap and we bid the hillbillies goodbye, happily heading back to solid ground with a camera full of pictures, and a definitive answer to the age old question, “If all your friends jumped off a cliff, would you jump too?”. Yes, mom.  Apparently I would – and it would be pretty cool.

2 thoughts on “Stupid Is As Stupid Does”