“Patience is a virtue.” I’m not sure what that’s supposed to mean, exactly, but I’ll bet you $1000 it was written by a painfully slow person; the kind of carefree hippie that meanders down the middle of a busy sidewalk, content to stare into the sky and enjoy the day like an idiot when everyone else has somewhere to be. I am the exact opposite. People are constantly telling me to ‘calm down’ and ‘be patient’, thereby risking grave personal injury.

What they fail to realize is that I was actually born without patience – instead I have a frantic, self-centered compulsion for productivity. I’ve looked into having this fixed, but found that – much like money – I am incapable of growing any patience on my own, and my health insurance considers the expensive transplant procedures to be ‘cosmetic’, so I’m stuck. In what I believe to be a related condition, my empathy lobe is also dangerously underdeveloped, which means that – if you lack direction or purpose – it’s probably best for you to just stay out of my way. I firmly believe that any insult or injury you sustain from ignoring that advice is your own fault, and probably a good learning experience.
I know a great many people that feel the same way and yet, we are somehow viewed as the ‘bad guys’, forced to choke back sarcastic remarks and cover our disgust with fake smiles when it’s painfully clear that the slow and unfocused in society are ruining everyone’s lives.

And this isn’t one of those problems you can just ignore – try as we might, it is impossible to avoid these people – they’re everywhere; in our stores, at our workplaces, and all too often on the road. Part of the problem, I believe, lies in the posting of “minimum speed limits”. This practically begs people to underuse their accelerators! I feel like speed limit signs should be altered to address this problem. In the improved system, the signs would still display two numbers, but the first would be the assigned speed limit, which it would be illegal to drive below for any reason – including having a flat tire or being hopelessly lost – and the actual speed limit, above which you could legally be pulled over and ticketed. In fact, I would not be at all opposed to appending the police charter to include the stopping and waterboarding of anyone driving below the speed limit, for the good of the nation. 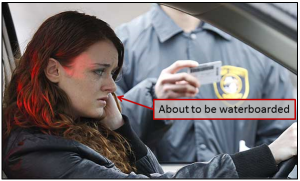 I feel this would decrease congestion on our roads, and likely scare away the elderly altogether. There would be a lot less road rage, leading to a lower rate of associated pulmonary embolism – which would in turn lower health care costs for everyone, and possibly bring that transplant within financial reach!
But it’s not only the roads where we have to deal with these nimrods; no, they’re only on the roads long enough to arrive at and clog up public places. While they tend to show up everywhere, I have found that there are areas with consistently higher concentrations that should be avoided. For instance, they tend to congregate at Walmart – to shop and work – which is why there are approximately 2 of 417 checkout lanes open and any given time, both of which are backed up with listless shoppers pushing carts full of random auto-parts, Cabbage Patch Kids, and size XXXL tie-dyed shirts who have been in line reading the National Enquirer since approximately 1986. (Don’t feel bad, they probably didn’t have anywhere else to be anyway) This is why I recommend avoiding that place at all costs. I believe Ben Kenobi put it best when he said, “You will never find a more wretched hive of scum and villainy…with the exception of maybe the DMV.”

The grocery store is another hotbed of inactivity frequented by the lethargic masses. My wife and I make an effort to visit the grocery store no more than once per week. We consider this a chore, and would rather be almost anywhere else, and so we go in with a defined list and general plan of attack. We walk in, find what we need, and keep moving, only pausing to wait in line at the deli or research which cereal has the best free toy. However, we seem to be in the great minority, as many of the people we encounter appear to be experiencing a supermarket for the first time in their lives – probably because they’ve been stuck in line at Walmart since Michael Jackson was cute. These people form large, impassable clots in the aisles, hemming and hawing over which is the best meat to buy – the free range kind or the hormone free kind (Answer: The dead kind) – which brand of cheese doodles has the fewest hypersaturated trans-fats, and whether the bachelorette will choose the skeevy guy with the chiseled abs or “Unfortunate Earl’ who genuinely cares for her, but has a snaggletooth and mole the size of a Fiat on his neck. This all takes place while they stare blankly at the shredded cheese with the cooler door open. I would be lying if I said I had not considered bludgeoning these shoppers with frozen butter braids on more than one occasion. “That’s unfair,” you might say, “these are just regular folks who are likely paralyzed by choice in a society that offers us too many options!” That is a valid point, and I would whole-heartedly support a measure to help these unfortunate shoppers by, say, deporting them to a nation where abundance of choice would no longer be such an unfair burden on them, such as North Korea. After all, I am not completely without compassion. (It should be noted here that Walmart sells groceries now too – I do not believe this to be a coincidence.)
This is why it’s so hard for me to believe that people still view impatience as a negative trait. Impatient people display many positive attributes, including being prompt and orderly, generally tidy, and running successful businesses. (Just look at the Germans! Not a patient one in the bunch!)

We’re also very punctual, which shows respect for other people’s time, and is easy to accomplish by simply setting your clocks a few minutes fast. This is a trick I learned from my grandparents, and for years discounted as malarkey, but fast forward two decades, and I’m early for every meeting, appointment, and event, all because I run five mimnutes ahead of the rest of the world. So while we may sometimes seem callous, uncaring, or even rude on the surface, I’m sure you slow folks can see now that we’re really just good people trying to make everyone’s lives better by completely changing you! If you’d like to come over to our side, there’s a signup sheet in the lounge, right next to the cookie tray (please use a napkin); we’re offering free watch adjustments today! And for those of you who remain unconvinced, there’s a flight leaving for North Korea later this evening. We already have your ticket. Give our regards to Mr. Kim. 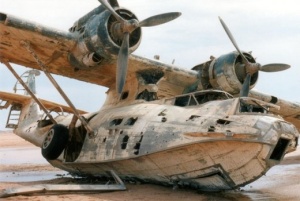